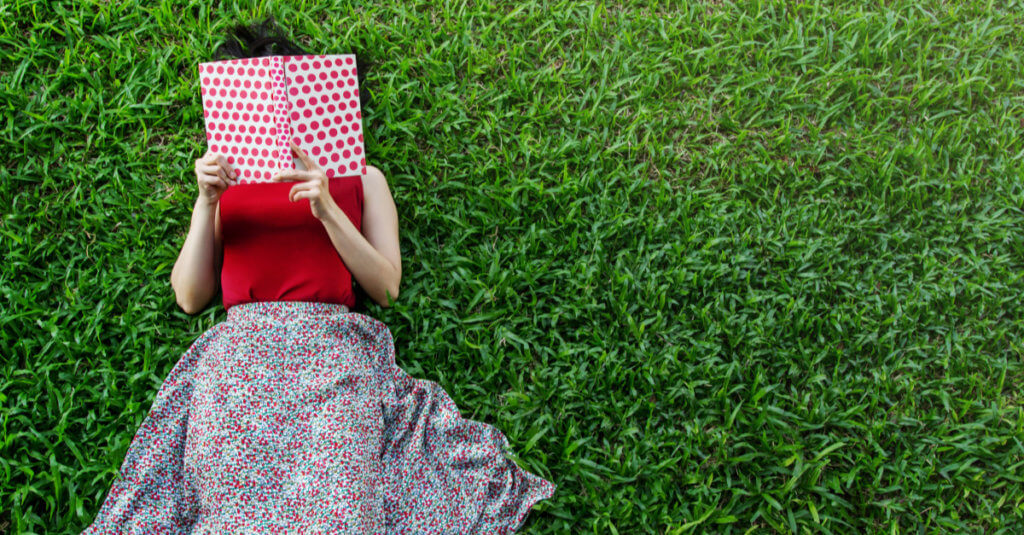 I’ve always said that I’m the outdoors type…as long as there are no bugs, heat, humidity, or venturing past my back porch. But when everything closed down during the 2020 pandemic, it forced me and my daughter outside. After all, where else could we safely go to get out of the house? And after just a few days, I realized the benefits of being outside were kind of mind-blowing!

It started with this feeling of vibrance, a vigor and energy I hadn’t experienced in years. Then it began lowering my stress levels, restoring my focus, and somehow even improving my self-esteem?! Within a few more days, I noticed I was sleeping better and resisting Texas allergens like never before.

It was hard to believe that something so simple…so effortless…could make such an incredible impact on my well-being. But as I began to research the benefits of being outside, I discovered study after study that confirmed exactly what I was experiencing.

Emotional Benefits of Being Outside

It turns out being outside lowers both heart rate and cortisol (stress hormone) levels. In fact, one study of office workers found that even viewing nature outside their window lowered stress and increased job satisfaction!

Science has found that spending time outside decreases stress, anxiety, and depression, and helps you maintain a calm and positive mood, possibly due to sunlight’s natural boost to serotonin levels. This impact is even further heightened if said time outside is spent in an active state – walking, gardening, etc.

In fact, an analysis of ten different studies on “green exercise” proposed that the boost to both self-esteem and mood provided by walking outdoors was so powerful, it should be considered “useful clinically as a supplement to existing treatments” for depression.

As noted above, relaxed outdoor activity can actually improve your self-esteem. This could include walking, gardening, or taking a slow bike ride. And amazingly enough, you can start feeling that benefit after just five minutes!

Research shows that spending time outside, even if/when it’s cold or overcast, can lessen the severity of seasonal affective disorder (SAD).

Mental Benefits of Being Outside

It turns out that just 20 minutes outside boosts your energy as much as a cup of coffee!

One study found that those immersed in nature for 4 days scored 50 percent higher on a creative problem-solving test. Researchers believe this is because nature engages our attention in a quieter way, allowing our minds to refocus and discover new thought patterns.

Several studies have proven that walks in nature enhance memory. One study tested participants’ memory, sent them on a walk through either an arboretum or city street, then tested their memory again.

Physical Benefits of Being Outside

One study exposed surgery patients to high-intensity sunlight and found they reported less stress and pain (and even took less pain medication) than those patients who recovered indoors.

A similar study found that patients who viewed a tree outside their hospital window healed more quickly than those who viewed a brick wall!

Inflammation can be found at the root of autoimmune disorders, cancer, depression, and more. Several studies have found that spending time in nature significantly reduced participants’ inflammation levels!

This benefit is huge and due to several different factors. Sunlight (1) energizes your T cells, which help to fight infection, and (2) assists your body in producing vitamin D (vital to immune function). Meanwhile, breathing in the airborne compounds released by plants (called phytoncides) increases our white blood cell count to even further fight infection. Win-win-win.

Countless studies have discovered that time spent in nature naturally lowers blood pressure. One study in particular found that a walk in the forest lowered participants’ average heart rate by nearly 4 percent, average blood pressure by just over 2 percent, and stress hormone concentration by more than 15 percent!

While it may be too late for adults to cash in on this benefit, research shows children who spend more time outdoors are less likely to become nearsighted.

Vitamin D helps to reduce inflammation, absorb vital minerals, prevent osteoporosis, and more. And while we do receive some through our diet, over 90 percent of our vitamin D needs are met though our exposure to sunlight. The good news is that it only takes 5 to 15 minutes, 2 to 3 times a week, to meet those needs!

Did you know that certain cells in your eyes determine your body’s internal clock and sleep cycle? And if those cells don’t receive enough light, you’ll experience trouble sleeping! Research has found that exposure to early morning sunlight is especially helpful in ensuring you get a fantastic night’s sleep.

How to Reap the Benefits of Being Outside

So how can you start experiencing the benefits of being outside for yourself? Step outside, my friend!

Now if you go straight from hiding indoors like a vampire to spending four hours in the woods, you’ll likely overdo it and then never step foot outside again. So start small. Dedicate just five to ten minutes in the morning to sit on your back porch or balcony, sans phone or other distractions.

Once you’ve worked outside time into your routine, try taking it up a notch by enjoying a short walk around your neighborhood or another outdoor space you enjoy. Remember, studies have found that light activity performed in nature even further enhances the benefits of being outside!

Of course, take necessary precautions (sunscreen, water, charged phone) when venturing outside, even on cloudy days. It’s also wise to let others know where you’re going, especially if you’ll be in a wooded area.

The emotional, mental, and physical benefits of going outside are undeniable! What’s your favorite way to spend time outdoors? Be sure to share in the comments!

P.S. Ready to break up with stress? Then download our free guide to help you develop a game-changing stress management plan! Get it HERE.