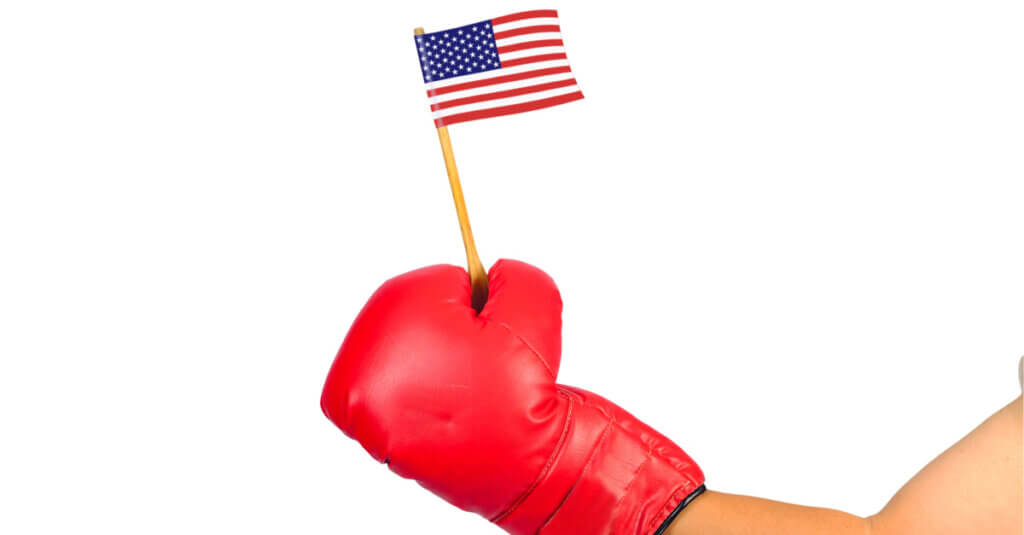 How are Christians and politics supposed to fit together?

Ah, politics! Is it even election season if you haven’t gotten into at least three social media fights regarding a certain candidate or political party? Some Christians believe it’s their sworn duty to forcefully argue with the opposing side. Others believe they’re called to remain quiet and neutral. How, exactly, are Christians and politics supposed to fit together?

I’m not here to speak to specific candidates or parties or stances. I simply believe that if we are striving to become more like Jesus every day, there are at least five standards we absolutely must embody.

First of all, we have to base our stance on biblical truths.

It’s incredibly easy to get caught up in political agendas. But our first responsibility as Christians is to ensure that any candidate, movement, or law we support is 110% in line with God’s Word.

The fact is, neither political party lines up perfectly with Christian beliefs and values. That means you might have to think outside of the box, giving fair consideration to candidates and stances on all sides in order to determine the best representative of your faith.

Second, we have to speak all truth in love.

Ephesians 4:15 (MSG) instructs believers, “God wants us to grow up, to know the whole truth and tell it in love—like Christ in everything.” Unfortunately, many Christians speak (and shout) the truth with the assumption that telling the truth alone is the act of love.

However, if you read the entire chapter, you’ll better understand the context of this verse. Paul had just finished speaking about striving for unity in the body of Christ and living in a humble, gentle, and patient manner, bearing with one another in love.

The word used to describe love in that verse describes agape love, a self-sacrificial love that works for the benefit of the one you’re addressing. If we’re speaking with that goal in mind, we won’t insult or bully others, as that certainly wouldn’t be an effective approach to helping them understand and adopt the truth.

Third, we have to say no to pointless fighting, no matter how tempting.

Ephesians 4:29 further instructs us, “Watch the way you talk. Let nothing foul or dirty come out of your mouth. Say only what helps, each word a gift.”

Now take this verse and hold it up to your last comment on a politically-charged social media post. Were your words a gift? Did they help those with differing views? If not, it may be time to rethink your approach.

I know, I know, it’s hard to avoid confrontation when those with differing points of view are practically begging for it. But like it or not, Jesus has called us to be the bigger person.

Plus, I would personally argue that fighting others won’t bring anyone to know God. It just makes them angry and defensive and closes down any opportunity you might have had to share your beliefs and faith with them.

Fourth, we have to end labeling and name-calling.

“You’re familiar with the command to the ancients, ‘Do not murder.’ I’m telling you that anyone who is so much as angry with a brother or sister is guilty of murder. Carelessly call a brother ‘idiot!’ and you just might find yourself hauled into court. Thoughtlessly yell ‘stupid!’ at a sister and you are on the brink of hellfire. The simple moral fact is that words kill.”

It’s not so much using the words themselves, but the path down which those words eventually lead. God has called us to love others and to address one another in love, and using hurtful names for others certainly doesn’t aid us toward reaching that goal.

And finally, we have to befriend and love those with differing political stances.

I’ve heard the argument…how can you befriend someone whose beliefs directly oppose yours? Who believes in socialism and murder and worse?

I’m not saying you have to get matching BFF heart necklaces and text each other all day long. But I am saying that you must be kind, respectful, and inclusive.

Jesus socialized with tax collectors, prostitutes, and would-be murderers, all in the attempt to lead them into a relationship with God. Do you think there’d be much chance for their salvation if He cut them off altogether? If He refused to talk with them? Nope!

Frankly, our one official calling from Jesus lies in the Great Commission. He’s instructed us to “make disciples of all nations.”

How will you fulfill that calling if you only ever speak with those who are already believers? You can’t. God has called us to engage with those around us, no matter what their political beliefs, and to help them become followers of Jesus.

Christians and politics are far from mutually exclusive. By basing our stance on biblical truths and speaking and acting in love, we can shine a light so bright that it draws others out of the darkness. And after all, that’s what we’ve been called to do.

P.S. Do you want to more consistently pray for your family, but struggle to know what exactly to pray for them? Our free printable reference cards can guide and help you make prayer a habit! Get yours HERE.