Finding Yourself Often Begins With Self-Doubt

Confession time! I skipped most dances in high school, including my prom, because they were lame. At least…that’s what I told everyone. But the truth was that I didn’t know how to dress or style my hair for a formal event, and didn’t want or need a reminder of how socially awkward I felt in those settings. The journey of finding yourself often begins with self-doubt. 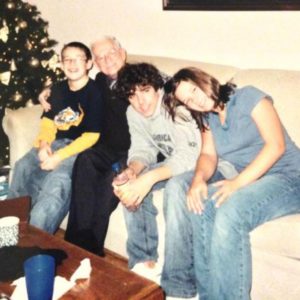 Surely I would bloom in college, I told myself. My acne would clear up, I’d make lots of new friends that wouldn’t know my awkward history, find the man of my dreams, and own super cool technology like my own cell phone and laptop. (Shout out to 2002!)

And sure enough, my acne did clear up (one year later, blah). I met lots of fantastic people, and owned my very own 2-inch thick laptop. 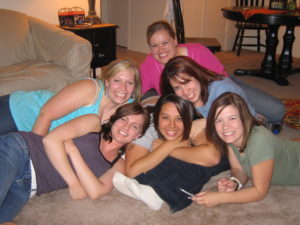 You Can’t Find Yourself By Adopting Others’ Identities

But in my struggle to find myself, I adopted everyone else’s identity but my own. I especially loved my coworker’s identity – a jaded Christian who fit in well at dive bars and formal events. He was genuine, funny, and seemed confident in himself. I wanted those things too, so I adopted his identity.

And then because we hit it off like twinsies, we got married! And we lived happily ever after. The end.

Just kidding. The problem is that when you adopt someone else’s identity instead of truly finding yourself, you can’t keep it up forever. It just doesn’t feel right, like you’re being untrue to yourself.

And after awhile, I didn’t want to spend most nights at a bar or social event. I wanted to join a church and save for a house, because as it turns out, I’m very practical and a little bit of an introvert. After two years, he wanted a divorce.

Finding Yourself Through Activities Can Provide Temporary Satisfaction

As I faced life after divorce, I decided that this was it! This was my chance to nail down my identity, to find out who I was outside of his influence. So I started over yet again, making new friends, exploring new career paths, and upgrading my phone. (A smart phone?! Whaaaaat?! Shout out to 2010!)

I decided that I was a runner, and ran three half-marathons. I was also a chef and baker, and spent 3-5 hours at a time preparing beautiful, delicious meals to wow my family, friends, and coworkers.

In my new job at a large tech company, I worked directly with app developers, recruiters, trainers, quality content writers, and the engineers of hugely popular products. I loved telling people where I worked. I felt like I was playing a really important role there.

Soon I married a smart, honest, insanely talented man. We bought our first house, and four years later, had our gorgeous, creative, wildly funny daughter. And we all lived happily ever after. The end.

The Danger of Attaching Your Identity to Things You Could Lose

Just kidding. I got you again!

Because then, I was carrying extra baby weight. I didn’t have the physique of a runner anymore, and didn’t have the time or energy to run while I focused on surviving life with a newborn. All of a sudden, I lost my identity as a runner.

Then I left my job to stay at home with our daughter until she started school. I wanted to do it. It was my idea.

But when I left that job, I left all of the titles and projects and connections that made me feel pretty awesome. I hadn’t realized how much my job had influenced my sense of identity.

The problem with finding yourself by rooting your identity in running, working out, baking, crafting, your job, your house, anything, is that you can lose those things, and your identity with them.

So there I was, an identity-less new mom, fighting depression and feeling as if I didn’t have anything going for me. I lived in Austin, Texas, a city overrun by young, hip, fit, sociable, incredibly successful professionals, which wasn’t helping me to feel any better about myself. 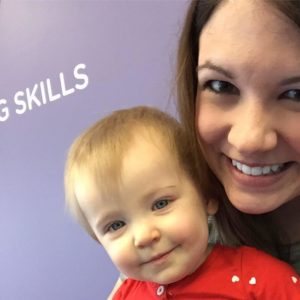 Our True Identity and Inherent Value

One day, I heard a song on the radio, Jason Gray’s Remind Me Who I Am. It’s worth your time to listen to the entire song, but the chorus says (speaking to God), “Tell me, once again who I am to You…Tell me, lest I forget who I am to You, that I belong to You.” The bridge hit home for me, “I’m the one You love. That will be enough.”

I realized that I didn’t need to find some hip new identity. I didn’t need to “get my body back” and kick start a new hobby to hold value in society again. God loved me, and that was enough. I was valuable all along, I just didn’t realize it.

A speaker at our church once held up a $20 bill and asked, “Who wants it?” Of course, everyone raised their hand.

Then he crumbled and stomped on the bill and asked again, “Who wants it now?” Still, every hand went up.

Then he told the $20 bill, “You’re not worth anything. You’re useless.” But when he asked who wanted it, every hand still went up.

The Secret to Finding Yourself

Our culture is constantly telling us, “Find yourself. Find your identity.” But I’m here to tell you a secret. Are you ready for it? You’ve already been found.

You’re a child of God. You don’t have to be fit, or insanely talented at a hobby, or up-to-date with every trend, or everyone’s favorite person at a party. Of course you can be, but those things don’t define your identity.

You’re the one God loves, and that’s enough. That’s who you are.

I felt so strongly about that truth that I wanted to see a reminder of it every single day. I explained the concept to a tattoo artist and asked her to convey it visually. She did an incredible job, portraying a woman taking off her mask, taking away all of the things that she was trying to convey to others, to embrace the identity that God had already given her. 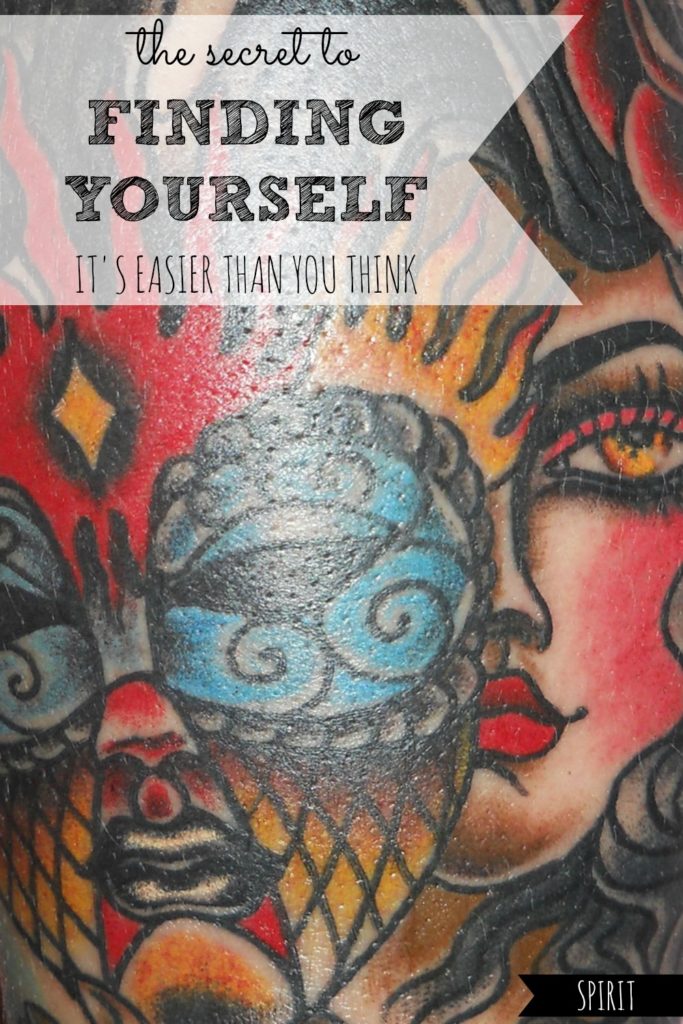 We can’t adopt the identity of others for very long, and placing our identity in things that we could lose sets us up for failure. The secret to finding yourself is understanding that you were never lost in the first place. You’re the one God loves. He’s placed a value in you that can never be taken from you, no matter what happens, or what others think about you, or even what you think about yourself.

P.S. Need a little reminder of your true identity in Christ? Our free printable is full of Bible verses to remind you of exactly what God says about you and your future! Cut them out and display them where you’ll see them often! Get it here!

Know a young girl who could use a confidence boost?

Girls Can is the picture book heart-to-heart that every girl aged 3-8 needs to hear. Exploring a wide range of interests and bolstering girls’ self-esteem with sincerity, humor, and irresistible confidence, you’ll want a copy for every young girl in your life. Click here to get yours!

Join us on social!